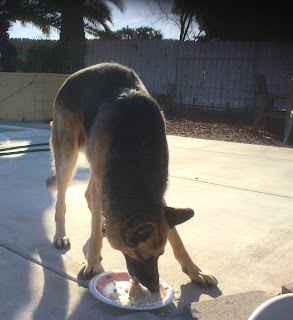 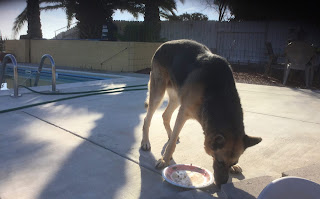 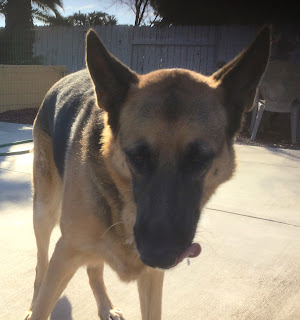 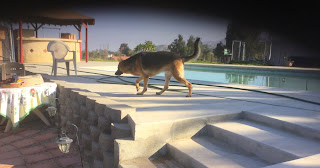 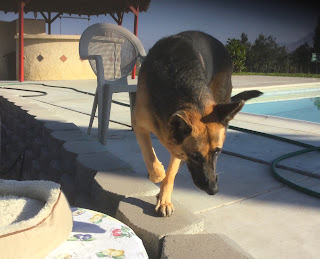 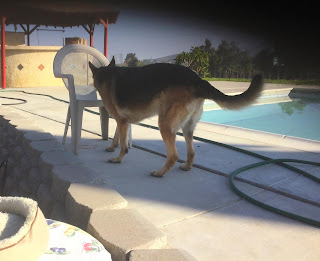 Popular posts from this blog

Purpose of my life. . . Saving dogs in harm. Part One of Two 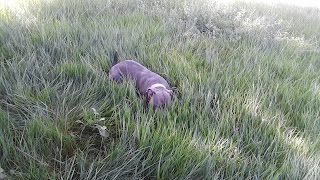 So I woke up with pain still as intense as before as drugs from my surgery on Friday are wearing off  and depression hit me so hard  and the fact that I’m alone and Easter is around the corner    I was filled with so much self pity.  And the phone rang.
A man is crying.  He states he’s just around the corner from my home with his dog he cannot cannot keep.   I told him to come by but that I couldn’t walk but I’d see how I could help him.
The man pulls up.  He has s baby pit girl in his car.  A pure blue nose.  He let her out off the leash and this baby girl just ran and ran but didn’t leave the area and when he or I would simply call her name she would just run right into our arms.    She was so sweet.   And I knew she had not been able to run for a long time.  He collar tattered and old and I made a decision that moment that i had to help her, Miss Roulette , or Roux Roux.  And after all what else did I have to do
I told dad he had to help me set her up in her new living quarters  s…
Read more

One Sweet Baby has no home. Please help save her now! Foster or adopt! 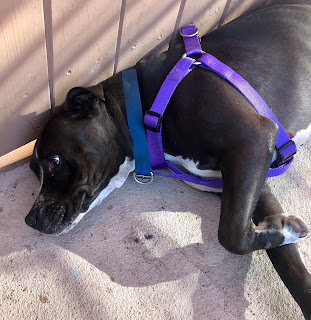 Yeah, yeah, yeah, I said I would never help another owner turnin- okay I LIED!
A precious little girl, Cali, named because she. Just looks like a California Girl! She is beautiful, flirty, sweet, and always smiling.   Her mom left home,   Dad is taking care of kids, and he just cant do it all, and has little time for this baby girl.
We need to get Cali a home TODAY! The guy CANNOT KEEP HER! Please step up, even just to foster. She does not have shots, is not fixed,, nor chipped, but her abundance of love goes forever. Loving kids, other dogs, and she is a good dog. Please call us now: 909-208-6889.
You can see her full profile too at www.greenlandhollerpets.org. On our site you. Can also donate to help. With her urgent medical needs, including all shots.
Thank you, Take action this minute, the guy the owner does not have many choices.

Female German Shepherd, Five years, chained with. 8. Ft rope and Spike collar for three years. Give her your home! 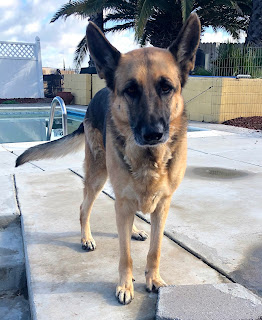 Princess Jada, Sweetheart
Be her supporter!

I wonder what is wrong with people’s minds. How do you own a dog from birth and at two years because you meet a man that does not like dogs, you allow this horrifying person to take your dog, your child you raised, and put in a a deserted back yard on a spike collar and an 8 ft rope cord, and leave that dog there with filthy water, cheap food, and little communication, as the back yard, the “mom” told me was not livable, and her two children were not allowed to go out there in the dirt. But your dog is left there????

SO three years later,  THREE YEARS, this guy leaves, and the lady now has three children. When she called me to see if I could take her now “so important” dog, and is telling me the story all I could do was laugh, and ask her, “why would you expect anything different from that kind of human being. ????

I cry when I know an animal has been harmed, by a family!   I cant imagine what this poor dog did, day after day, night after ni…
Read more